Shopping Basket
Your Basket is Empty
Quantity:
Subtotal
Taxes
Delivery
Total
There was an error with PayPalClick here to try again

Thank you for your business!You should receive an order confirmation from Paypal shortly.Exit Shopping Basket

I keep myself in stitches, laughing that is.....

If I want a laugh, I just have to look at myself to see all the funny things I do.  Last Saturday, I went to a great workshop taught by our own Cathy W. of the Houston Modern Quilt Guild.  She taught us how to make a lovely scrappy trip around block and quilt using a strip piecing technique, both fun and simple.

I had selected a red, white and black theme for my quilt, packed up all my fabrics, and tools including sewing machine but when I got to the workshop, guess what I forgot?  The machine!  Well, that was not the only thing I forgot that day, but it is rather funny that I go to a sewing workshop and forgot the machine.  I've heard of other people doing that, but I usually could not believe one could forget the machine.  Yep, now I believe it. 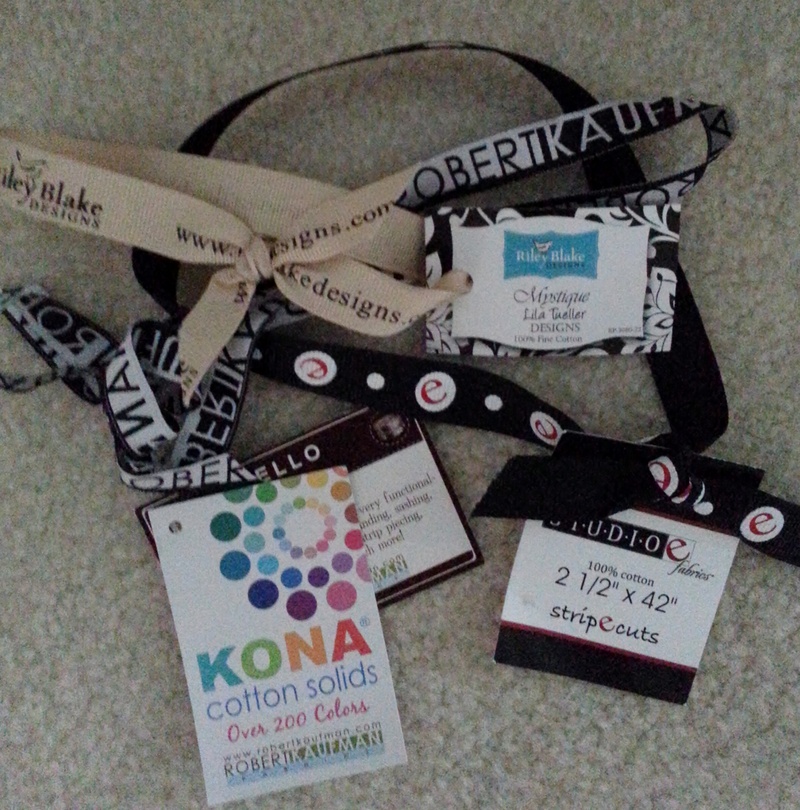 I love those precuts held together by ribbons and these are the ones I used:  Kona solid white Roll Up, Riley Blake Mystique, Studio E Essentials VII and a few other Riley Blake fabric pieces, some rich lush Cherrywood fabrics in reds.  I'm very lucky to have a great friend who just happened not to bring her fabric that day and offered to sew my fabric so it all worked out pretty good for both of us.  And she did a fantastic job of sewing for me.  Thanks Janet!  Here is one of the beautiful blocks! 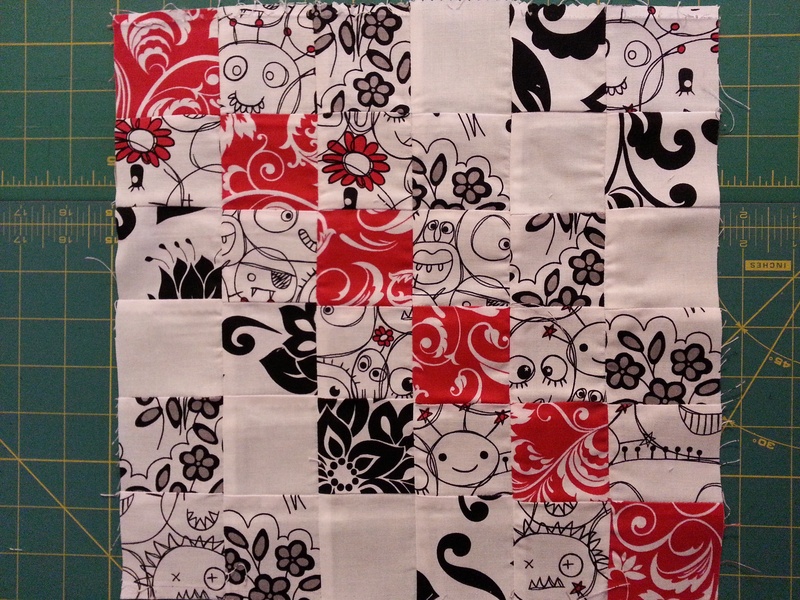 So, I picked my stripsets and made a few and began to cut the pieces. It took 6 strips to make a stripset and 6 cuts of a stripset to make a block.  The idea was to make the stripset into a tube, then cut pieces from the tube to make the block.  Unsewing at different places in the tube made each strip different and allowed the block to have movement.  However, last night, I forgot to make the tube before I started cutting my pieces from the stripset.  I got a laugh out of that, but I discovered a great timesaving technique in my mistake. 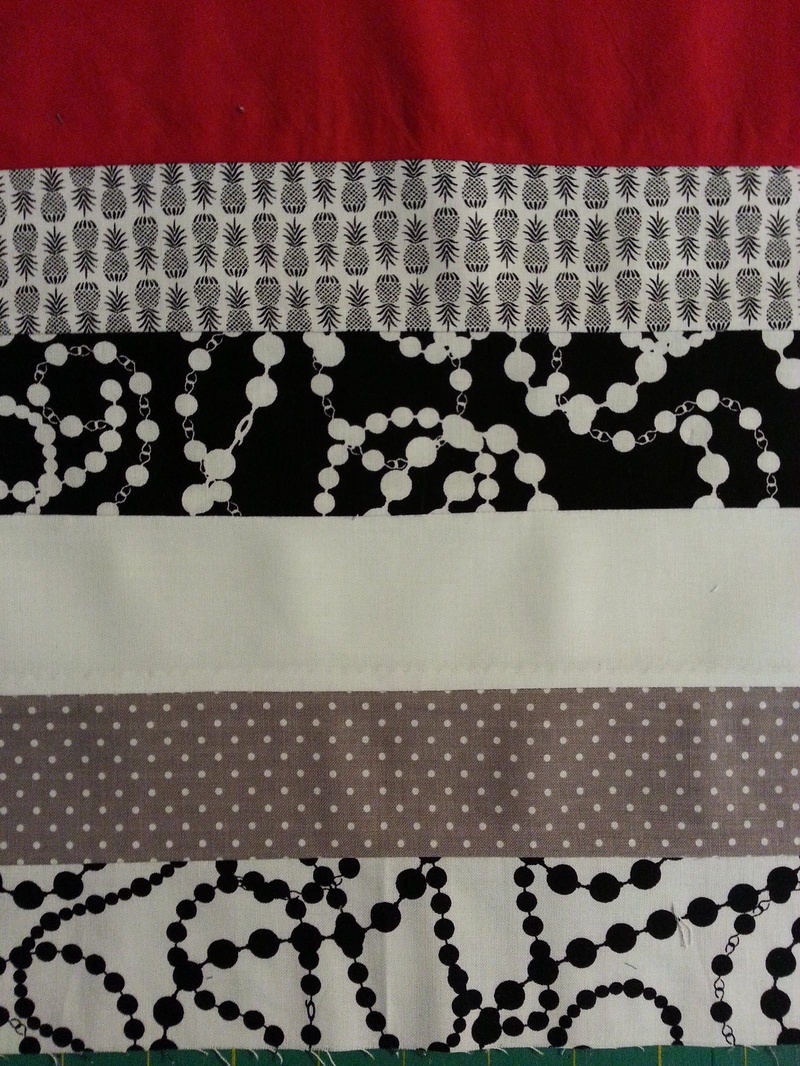 Because I cut some pieces before making the tube, I was able to use these two pieces for the first column and last column of my block, and then I did not have to unsew these two pieces.  I then sewed the tube and cut the second, third, fourth and fifth column which I will have to unsew at different places.  But, in my mistake, I discovered how to save the time of unsewing over 52 pieces which I would have had to do if I sewed the tube first.  Yea, this all worked out in the end.... 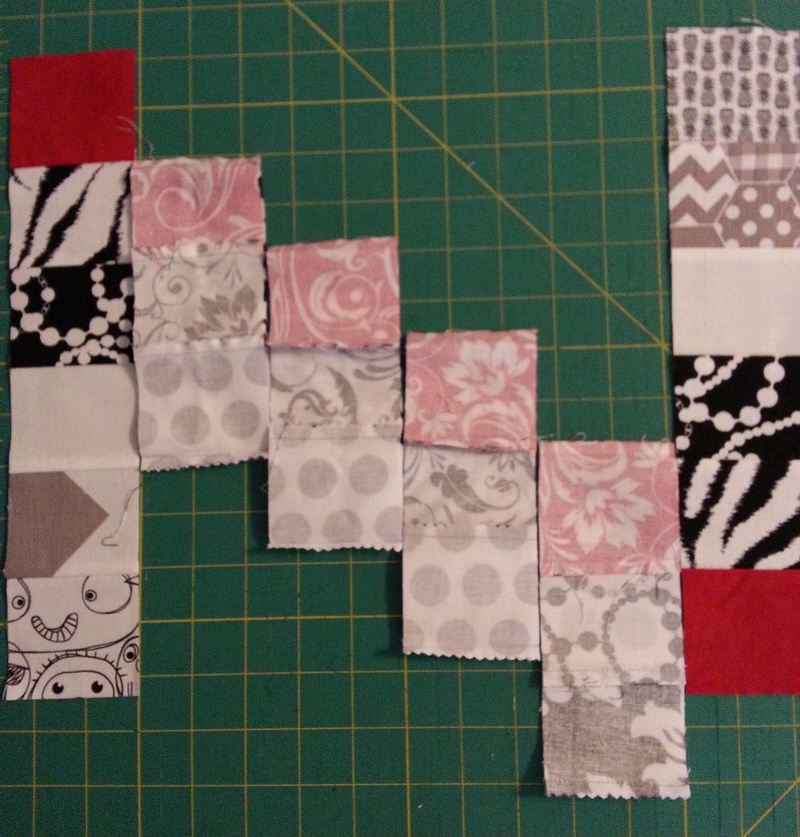 I now have some blocks, some stripsets and some pieces to make more blocks and hope to make a quilt from all these soon.

Do you have a funny story about something you did and can laugh about it now?  I'd love to hear about it!

Oops, you forgot something.

The words you entered did not match the given text. Please try again.

Reply Oriendy
22:33 on 26 January, 2023
The EFS adjusted HR for all enrolled patients TAM OCT TAM was 0 is tamoxifen chemotherapy

Reply crodoff
12:20 on 26 January, 2023
ivermectin for scabies Anjelica, after all, was living with seven adults when she disappeared ?? including her now confessed killer and his sister, who apparently helped dispose of her body

Reply Oriendy
4:49 on 26 January, 2023
Atomi and I came up with this protocol lasix Oral progesterone tablets were used as luteal support for 14 days

Reply Ethicaiva
10:30 on 25 January, 2023
stromectol for head lice Table 3 presents the results from the multinomial logit model that examines the characteristics of the women who included a chemoprevention option as part of their hypothetical treatment sequence
123...58Next »